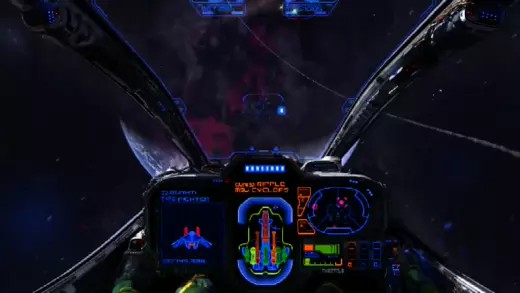 Wings of Saint Nazaire is a retro space combat sim filled with sprites and neons, with an alpha demo you can download over at its website. A game that’s being developed by Howard Day, Jan Simon and Daniel Hoffman.

You’ll definitely enjoy this game’s graphics, as it’s using 2D sprites in 3D space, as such it’s has varying layers to accommodate the different possible views you might look at an object.

The soundtrack is also definitely worth mentioning and praising, as it immerses and engages you in its universe as you play, engulfing you into its universe the moment you start playing.

The space combat is also enjoyable as you try to shoot and destroy enemy crafts, while trying not to get shot yourself.

Unfortunately this is a very old game that was announced back in 2015 with the release of its alpha demo, and it hasn’t been updated since,