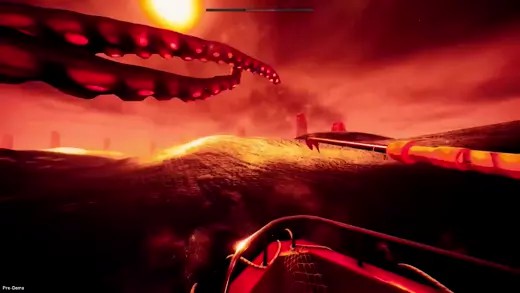 What Lives Below is a first person boss fighting game, which gets a prototype that you can download over at its Itch page. It’s being developed by Steb.

The general idea of the game is that you’re on a boat, sailing the seas to encounter various gigantic creatures or monsters, and you have to defeat them with your spears as you try to survive their attacks.