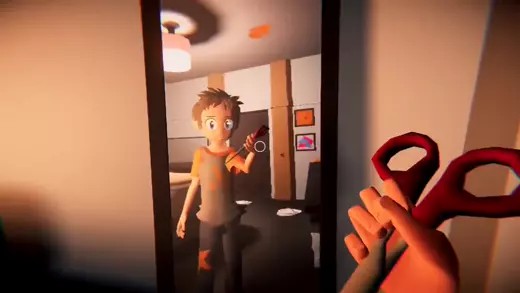 VACUULUS is a first person survival horror game, that gets an alpha demo that you can download over at its Steam page. It’s being developed by Dylan “Parimak” Simpson.

You play as a little boy that lives in a small remote town that has a legend, The Vacuum Man. Turns out its real and it’s coming to take you away, but you can escape its grasp and make it go away by cleaning your house up without it seeing you, which is the only way to survive this ordeal.

The game is in first person perspective with a heavy emphasis on sneaking, with features such as full body awareness, a dynamic music system, and 3D cinematics with fully animated characters as well as 2D animated sequences, with voice acting and its own bone-chilling soundtrack to boot.