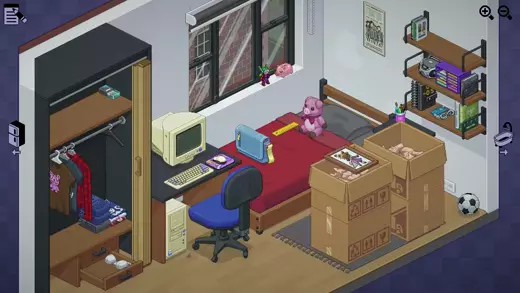 Unpacking is a zen inducing 2D puzzle about unpacking, that gets VERSION DOWNLOAD that you can download over at its Steam store page. It’s being developed by Witch Beam.

You’ll enjoy the satisfying task of unpacking yourself and placing them in their appropriate location, as you fill up an entire house, room by room.

This game would provide you with the.. digital meditation that you need as you organise your stuff, with a soothing / chill soundtrack running in the background. You’ll also discover the character’s story and get to know her a bit by the items that you place down or shelve, or even by the few items that get left behind when you move out and in to a new place, with the game starting you in 1997 to venture along with her journey.