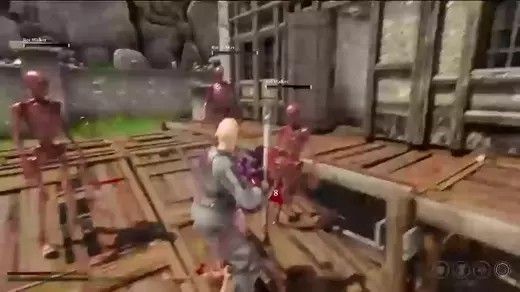 UldreVoid is a third person action adventure fantasy game, which gets an alpha build that you can download over at its Steam page. It’s being developed by Byron Dunwoody using the Unreal Engine 4 (UE4).

Take control of one that would engage in various battles, fighting soldiers and monsters using swords, axes, throwables and magical abilities.

Set out alone in a chaotic world to discover what lies in the Void, a monumental orb-like energy growth that changes the world around it. You must face the conflict of supernatural change while part of humanity tries to take advantage of it.