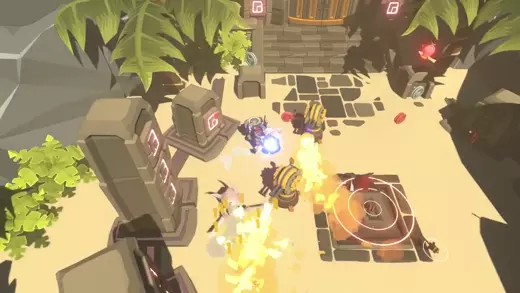 Trifox, a third-person twin-stick action adventure game with platforming elements that gets an alpha demo that you can download over at the Steam store page, developed by Glowfish Interactive.

You can play as a mage fox that has a magical whip that controls enemies, and magic grenade gun to bombard them. A warrior fox with a huge hammer to pummel and pound enemies to the ground. An engineer fox that can build machine drones and put up defences like mines, or you can mix and match to combine between their abilities and game styles.

You play against multiple corrupted sea creatures like hordes of crabs and a mighty octopus in world with ancient ruins with vibrant plantation.