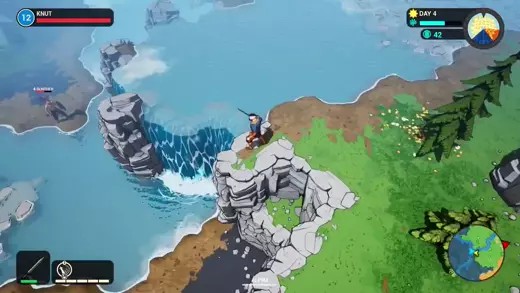 Tribes of Midgard, a top-down cooperative survival game, developed by Norsfell Games, where up to ten players work together to defend their village against Giants.

It looks cool, because vikings are cool! And because of it’s nice cell-shaded art style, fantastic music and its survival aspect alongside its coop multiplayer gives a nice sense of “we’re in this together!” kind of vibe.

Set in a procedurally generated world full of dark creatures, hidden treasures and abundant materials to be uncovered, you play as a Viking clan living in a village that houses the Seed of Yggdrasil; a seed that holds the promise of everlasting life.