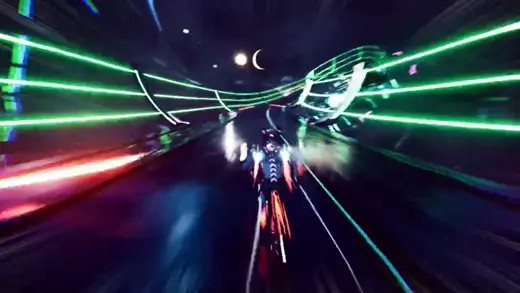 Update: You can now download the alpha demo of TIRELESS on the games Steam or Itch page.

TIRELESS: Prepare For The Adrenaline is a third person fast-paced sci-fi platformer, that has alpha sign-ups live over at their website. It’s being developed by The Cyber Clan using the Unreal Engine 4 (UE4).

You take control of a highly agile and fast machine, a training pacer, to race your way through deadily tracks, for the purpose of entering an intergalactic championship called the “TIRELESS Tournamnet”.

Every year somewhere far in the galaxy the championship begins. Thousands of contestants sign up and try their best to win the title of a legendary speedster, but only the one with the greatest skill can win.

This upcoming test is aimed to polish up on the game’s public demo and squashing any bugs that may pop-up. Once testing is over, and the demo goes live, we’ll update this article to include a link to download it.