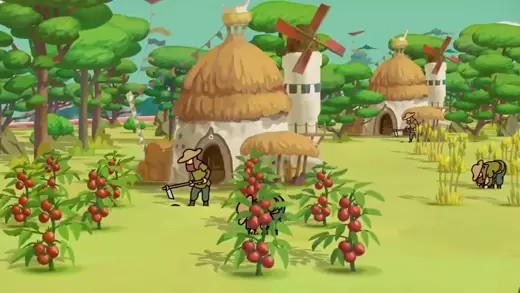 The Wandering Village, a top-down city building simulation game, that’s set on the back of a wandering giant called “Onbu”, that’s being developed by Stray Fawn Studio, has launched a Kickstarter funding campaigned, where you can gain access to its future beta build if you become a financial backer to it at the “Scout” tier for $47, or above.

At its core, The Wandering Village is a city building and resource management game with rogue-like and survival elements. Farm various crops to keep your villagers fed, send out foraging missions to gather rare resources and scout the environment while constantly expanding the settlement. Of course, living on the back of a living, breathing beast comes with its own challenges, such as helping to maintain the creature’s health and building trust. This might even lead to the beast paying attention to your requests as it wanders through a variety of different biomes, each with its own perks and challenges, always trying to outrun the threat of the toxic spores.

The ultimate goal, for both the humans and the creature, is to find a place where they can settle down and live in peace again. And if they don’t find this place, maybe they can figure out a way to fight back the plants and create it themselves.

The Wandering Village has a funding goal of $35,144, which has been already achieved within 22 hours from when it went live. It has a planned release first as an early access title sometime in Q4 of 2021, and a full release sometime in Q1 2022.