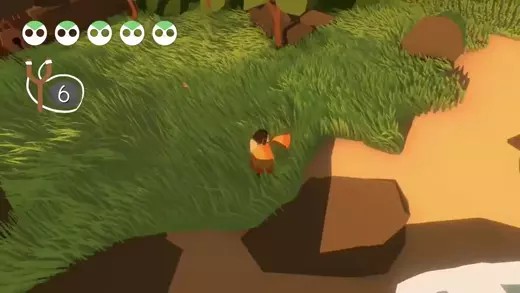 The Cocoknight is an isometric action RPG developed by Rad Magpie for the Make a Wish Foundation of Vermont. The game can be downloaded completely for free on its Itch page.

Our story starts on Coconut Island which, as the name suggests, is inhabited by coconuts! The coconuts were such peaceful and friendly creatures and allowed several others to live in their prosperous kingdom.

All was well until these other creatures decided they wanted to rule instead and so they conspired in the middle of the night. The next day they invaded the kingdom, seizing every coconut they could find and looting all their belongings. All hope seemed to be lost. Or was it?

Among the darkness rose a hero that would save the coconuts and bring back peace to the land. The hero was known as the Cocoknight!

Smack enemies with your spear, or attack them with your slingshot. Shield and dash to avoid incoming damage. Travel around in your boat as you try to free every coconut in a certain area before you move on to the next.

The narration, visuals, music and story in this game are so splendid and the game is overall very relaxing to play.

Will you be able to save all the coconuts and destroy your enemies?