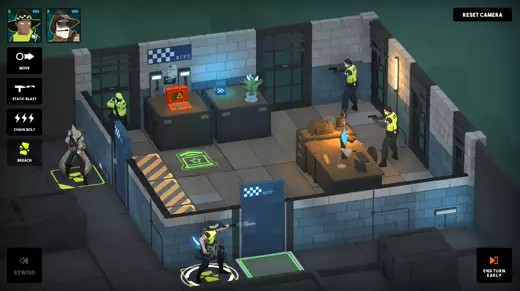 Right now, combat is about finding clever ways to use your spells to smash your enemies into walls, knock them through windows, or trick them into shooting each other. They’re mostly fighting back with guns and grenades, though as the game progresses you’ll probably come up against enemy magic users too.