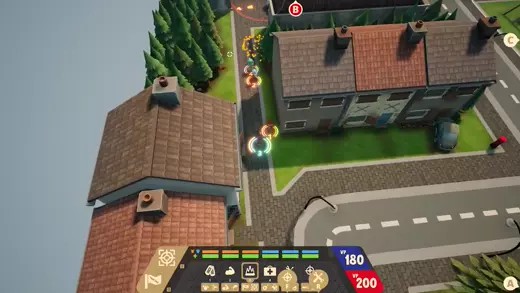 Super Squad, a top-down free to play RTS and MOBA hybrid, developed by Bad Fox Studios, where you take control of a team of six troopers, going up against other players in a battle of domination.

Combine the twitch reflexes of a MOBA with the team management of an RTS. Command your team to take up and hold positions around the map for tactical advantages while directly controlling a unit to cast devastating abilities. It’s a brand-new take on both genres where no two games are ever the same.