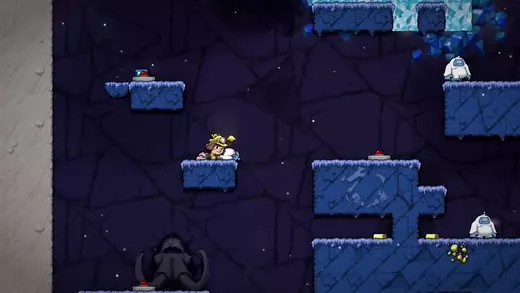 Spelunky 2, a dungeon-running roguelike platformer by Mossmouth and Blitworks, has a release date announced for it, releasing on the 15th of September, 2020 for the PS4, and soon after for the PC platform.

As promised by the developer, there will be new mechanics introduced to the game, with the most exciting addition being the online-multiplayer option, where you’ll be able to defeat the game with our friends.

New environments and secrets are being introduced with many cool effects, as you get to ride turkeys, discover new areas, blow stuff up and interact with multiple new features.

More characters and missions are added as well, to give depth to the story and give it a sense of community.

The release date was announced by Derek Yu (the creator of the game) via a “trailer” that was published during PlayStation’s state of play.

For more information about the game, checkout its website.