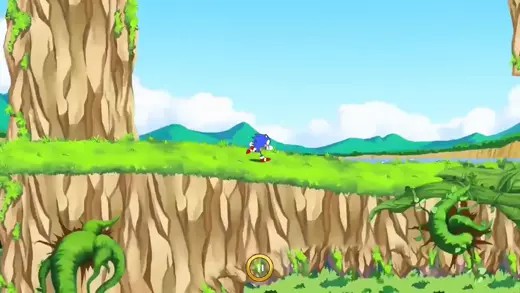 This is one fan creation that has masterfully combined the TV show quality level of hand-drawn art and animation, and mixed it into what we come to expect from a Sonic-type game, that resulted in an experience that would make Sega panic, if Sonic was under the public domain and Sonic Freedom was a competing game.

If by chance you don’t know about the Sonic series, it’s usually a 2D action adventure platformer that’s set in a fantasy world in which you play as a very speedy hedgehog, named Sonic, that collects magical rings.