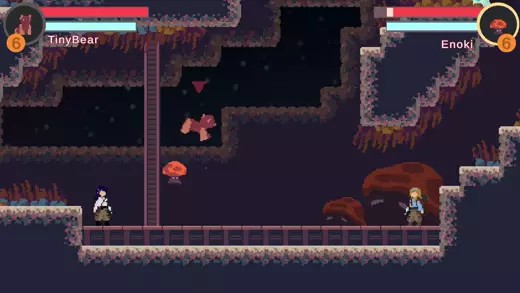 Skyseeker is a monster-collecting metroidvania developed by Kirisame Jump. The game is in beta and the demo is available to download on its Steam page.

Enter a world where ancient creatures roam the land. The only people that can tame these creatures are known as Skyseekers. Join these legendary explorers and tame several creatures to increase your arsenal.

Every new creature you collect is unique from the rest, with a set of attacks and movement patterns to help you advance through the levels and reach places you could not before.

Build the team YOU want as you fight rival trainers, fight bosses and find hidden artifacts. Every enemy in this game can be collected and there are over 50 species for you to collect! Build the team of characters that complements each other the most and choose powerful blessings to give to them as they level up.

If you’re a fan of Pokémon and metroidvania games, you will surely enjoy this game. It is set to release in early 2021 so stay tuned as we’ll hopefully also cover it’s release and any other future updates.