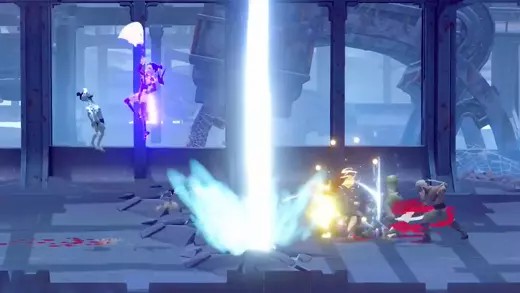 Shing! is a side-scrolling, hack and slash, beat ’em up game with a newly released demo you can download over at its Steam Store Page, a nice gesture by the developers, Mass Creation, so you’d try the game to help you decide if you’d want to purchase it.

The game takes you into a world with an immersive and fluid combat experience, one that’s filled with ninjas. The weapon you wield is controlled by the right stick and follows the movements of the stick, allowing you to pull off creative combos like slashes, uppercuts, spins, aerial combos, drop attacks and special moves as you see fit.

If you get low or your character is defeated, switch to one of the other 3 characters you have available, essentially giving yourself 4 lives.

Defeat the bigger enemies to collect buffs that would help you deal with a variety of skilled enemies and in the end, challenge tough bosses that put your mechanics and everything you’ve learned so far to the test. You can play solo if you’re up to the challenge or join with up to 3 friends in local or online co-op mode.

If you’d like to keep up with the game’s possible continued development, as well as see what other projects is being worked on, then make sure to check out and follow the developers’ Twitter account.