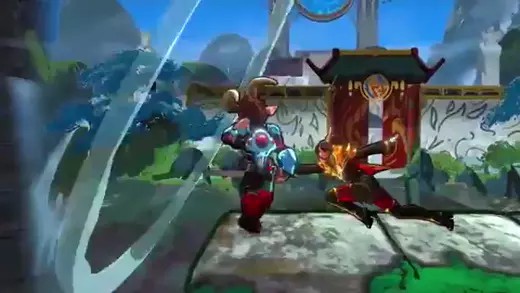 Rushdown Revolt is an online multiplayer fighting game, which gets its alpha build downloadable over at its Steam page, which will only be available to the public for just one week, to celebrate the launch of its Kickstarter funding campaign. The game is being developed by Vortex Games.

The game describes itself as the “most electric, combo-centric and expressive fighting game ever made”, where you’ll have a selection of eight unique characters to choose from, as you engage in combat with other players in 2v2 or 3v3 via its tag-team system, with up to six players in an online match. it’s also running on the “Vortex Rollback Netcode” that should provide you with a very smooth online experience.

Rushdown Revolt explores making it FUN for you to introduce uninitiated friends into the fighting game genre. Until now, the most common way to learn fighting games was to get your @$$-whooped. Rushdown Revolt‘s Tag Team and Gauntlet modes explores an exhilarating and collaborative experience for hardcore and new fighting game players to enjoy this beautiful genre together.

As mentioned previously, the game just launched on Kickstarter to secure funding for its complete development, where the developers has set a funding goal of $15,000. Also, you can get future beta access to the game if you back it at the $15 “*EB* Founders’ Pack” tier or higher.