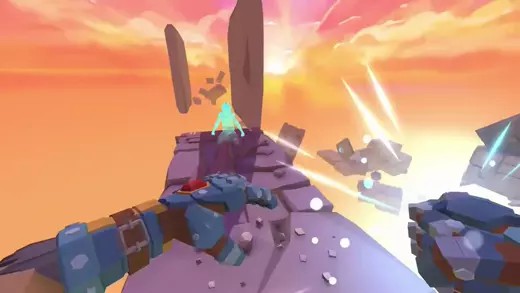 Running Rogue is a fast-paced platforming first person action roguelike, that gets an alpha demo that you can download over at its Steam page. It’s being developed by VSMOB.

You play as a thief that stole magical time gloves belonging to death, whome you flirted around with, which transported you to a ‘dungeon of souls’. You’ll need to use these powerful gloves to smack and smash the skulls of the undead as you parkour your way through levels.

The game provides you with freedom of movement, to traverse its environments however you see fit, as you beat up enemies along the way, with the drive to finish these randoly generated levels as fast as possible.

Pass through levels, defeat bosses to get the chance to choose from a variety of random improvements. Choose what you need now. Restore health, increase attack strength or improve your parkour skills. After another death, discover new upgrades and abilities that will make you stronger each time and bring you closer to the top of the tower and to defeating death!