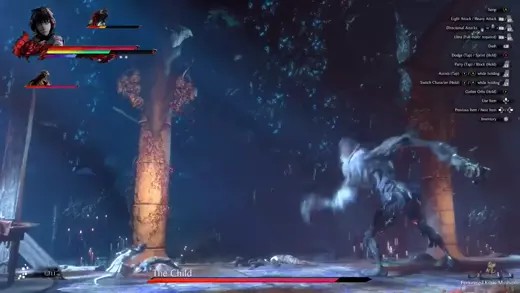 Rot In A Porcelain Dream is a side-scrolling action adventure platformer, that has alpha sign-ups live over at their Discord server. It’s being developed by Yamo Studios using the Unity engine.

In this dark fantasy world that game is set in, where you take control of three unique characters, which is one of the interesting things about this game, as it uses a tag-team system that some fighting games uses, in which you switch between one character with another, usually with a different play style and/or abilities, with their own stats and health, and take control of them and continue the fight.

We like to call our game’s style of play “Marvel Vs. Trine Souls”, based off 3 games we’re influenced by: the tag-team elements of Marvel Vs. Capcom, the fantasy-styled 2.5-D world of Trine, and the timing-sensitive combat of Dark Souls.

Our game’s combat also takes inspiration from some of the core mechanics of fighting games: mixes of light and heavy attacks, directional attacks, dashing and hit-cancels, and even ultra finisher moves to unleash against enemies.

Looking at footage of the game, it’s brimming with high quality models, animations, music and a beautiful art-style, where the mix of them seems to produce an fantastic “game-juice”, really getting a good sense of the movement, as well as feeling the punches of your attacks when engaging in battle with its various enemies and cinematic boss fights.