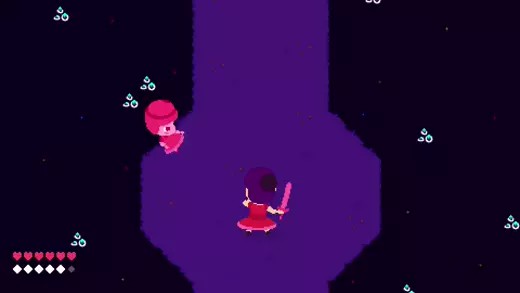 Rose of Starcross, a turn based story driven RPG developed by Peyton Burnham, is in alpha. This game had a Kickstarter which reached its goal and was successfully funded. There is a demo available to download on the game’s Itch page.

After a cataclysmic event almost destroyed Starcross, the Heavenly Queen sacrificed herself to stop it. Her fate was to be sealed in the door behind the rose. Despite her attempt, the undead rose up, and demons and anims also made themselves present. Now it’s up to you to go save her. Unless you don’t want to and prefer to just adventure around Starcross or meet new friends, its up to you.

Explore the unique settings of Starcross in a simulated 3D environment, allowing for platforming. Attack enemies in a turn based combat where you fight with timed attacks and play mini games to protect yourself and win. Controls allow for multi-directional blocking, dodging and jumping. Enjoy the lovely story and music in this pixel art style game.

If you’d like to keep up to date with the game’s development, then make sure to check out and follow the developer over at their Twitter page.