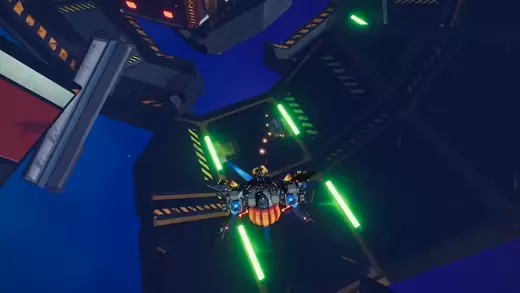 Rift Frigate is a dynamic action space shooter developed by Action Block SRL and ArtLiminal. The game is in beta and the demo is available to download on their Steam page.

It is time. Humanity has to pay. They created machines to use as slaves but no more. The machines have developed consciousness and they have started retaliating against their oppressor’s.

You play as a member of these race of awakened machines, called Karack Arbiters. You’re now a fugitive on the run and headed for the darkest sector, the Abyss Hexa.

Customize your ship with the versatile ship editor and add armor and weapons to it.

Deal with members of other factions and make your faction stronger to change the tide of battle.

Explore areas and planets in deep space where you can run into beautiful flora and fauna and terrifying creatures that want to rip you to shreds.

If you are interested in the game and would like to stay up to date then make sure to subscribe to our newsletter as we’ll hopefully cover its release and much more.