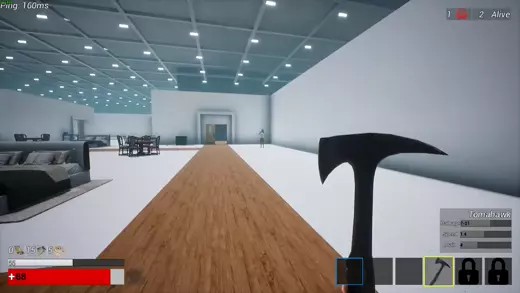 Retail Royale is a first person online multiplayer battle royale game, which has its alpha sign-ups over at its Discord server, that’s being developed by Darx.

What’s unique about this game is that its set inside an IKEA shopping building, where the weapons you can pick up and use, from short and long ranged style weapons, is whatever you can find in the store itself, from throwing pencils to act as a long-ranged attack, to finding a deadly fire-axe for short ranged attacks. Heck, you can even throw a whole king-sized bed if you want.