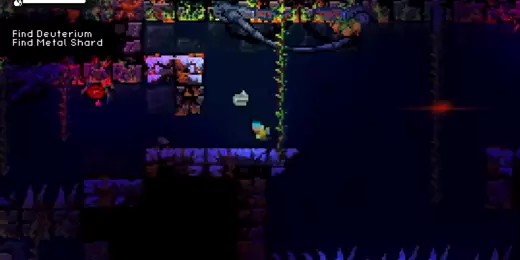 Residual gets an alpha demo released on its Steam store page and the developer, Orange Pixel, is trying to get funded over at Kickstarter.

It’s a survival platformer set in an unknown planet, where you have to climb, fish, jump, solve puzzles, scavenge, hack, mine and craft your way safely out of this relentless planet, all the while enjoying its pixel art style.

Aliens are out to get you as you are thrown into a procedural generated planet that is set in an ancient alien civilization, with secrets and resources to exploit to use to your advantage to escape.