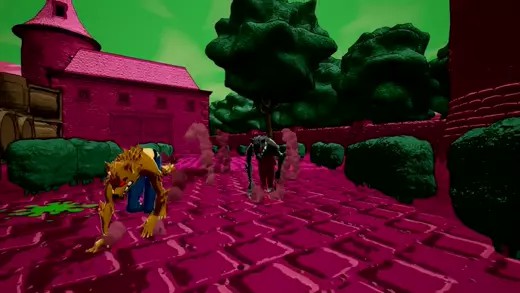 RESEARCH and DESTROY is a turned-based action adventure game releasing soon, which you can download its beta demo over at STEAM. It’s being developed by Implausible Industries.

In RESEARCH and DESTROY, you’re able to play with your friends in local co-op mode. Throughout the game, as three brilliant scientists, you’ll be on the hunt for new weapons and equipment to defeat the eerie hordes of supernatural beings that have destroyed mankind!

RESEARCH – Gain fresh insight into the Supernatural threat via battlefield vivisection, then develop radical upgrades for each weird weapon and fascinating gadget!

DESTROY – Plan ahead, then run-and-gun in a combination of turn-based strategy and real-time shooting–every second counts!

The game’s campaign includes a map that is entirely based on phenomenal sources, like: Bloodland, Greater Transylvania, and Northern Frosts, etc.