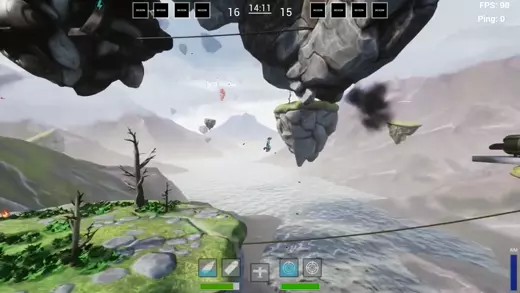 redAces is a side-view multiplayer action game, which you can download its alpha over at its Itch page. It’s being developed by Broken Cat.

redAces is assisted by amusing Arcady physics, dynamic stages, and “madskillz” gameplay in a Soviet dieselpunk environment. The plane’s controls are simple and clear, offering a richer experience full of challenges and tricks.

The game’s art-style is exquisite, and the tutorial properly introduces the player to the gameplay. Players can use the harpoon to grasp and swing interactive game items and several other opponents’ planes, giving them additional creative methods to escape and combat while flying and on foot.