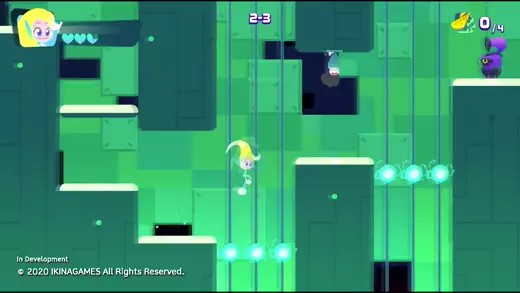 Rapunzel Adventure, a 2D side scrolling action platformer developed by Ikinagames, is in alpha. The game is available to download on it’s Itch page.

In an underground shelter, a lone alien found himself trying to escape when the shelter starts falling apart. After attempting to get out of the shelter, he comes across a humanoid looking alien in a glass tube. Due to the rumbling of the shelter, the tube’s glass breaks and the alien held inside is released!

Her name is Rapunzel and she is invincible. Her hair can be used to attack enemies, jump to higher platforms, and even dodge. In addition, you can also use her hair to grab incoming fire and throw it back at the enemies or even at walls to destroy them and collect whatever is hidden behind. Use your power to destroy all your enemies and advance further in the game!