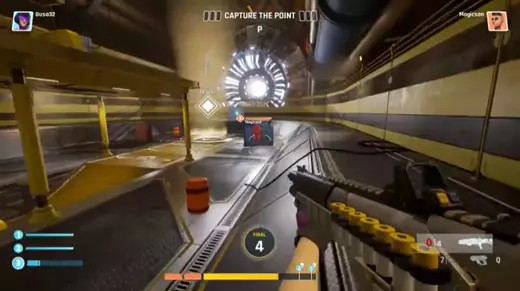 Quantum League, a first person time-paradox shooter, developed by Nimble Giant Entertainment, where you face off against another player in a 1v1 match (or 2v2), but your action in one round is saved for the next one, and it stacks up.

Quantum League is a revolutionary time paradox shooter: a competitive online first-person shooter where players battle within a time loop, tactically teaming up with their past and future selves in mind-blowing one-versus-one and two-versus-two matches.

Download the open beta, where it’ll run from the 21 February to 2 March, on the game’s Steam page.