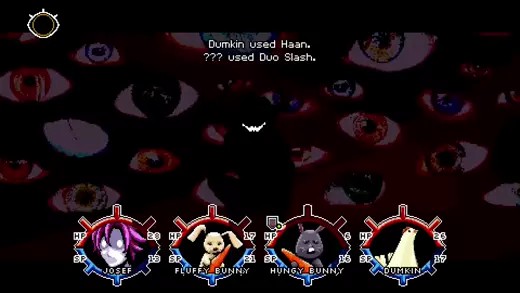 Pry Into The Void is a RPG where you dig into monsters and people’s hearts! You can download its alpha demo over at its Steam page. It’s being developed by Ernest Placido.

It’s a thrilling and challenging turn-based combat game influenced by the Shin Megami Tensei franchise, which you design the right team combination and attack opponent’s flaws. There seem to be innovative horror features in which you interact with monstrous spirits and make ethical judgements in a graphical narrative format. You can also acquire a variety of monsters where you must make decisions that will influence how you perceive these characters as either good or evil.