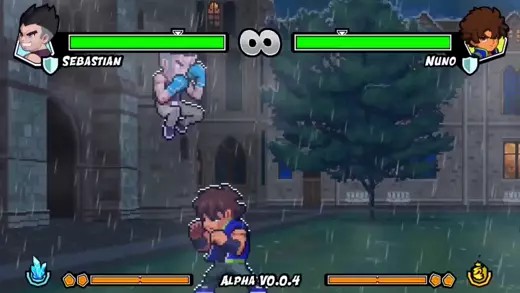 Pocket Bravery is a 2D retro fighting game on PC developed by Statera Studio, who currently have an alpha version of the game available to download over at its GameJolt page.

There isn’t much mentioned about the game in terms of characters and their abilities but, from the looks of it, it seems to be influenced by street fighter and looks pretty fun. If you like fighting games, then you might really enjoy this game.

Pocket Bravery is a original fighting game based on the classics from 90s, like Street Fighter, Fatal Fury and The King of Fighters. Its SD estetic was inspired by games like Pocket Fighter and others fighting games from Neo Geo Pocket Color.

If you enjoyed playing the alpha build and would like to keep up to date with the game’s development, then make sure to check out and follow it on its Twitter page.