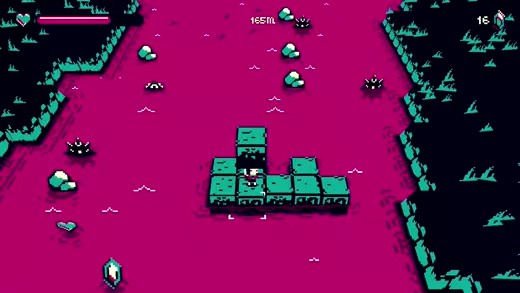 Pink River, a survival adventure game, created during the GMTKJam 2020 game jam, has its prototype available to download over at its itch page, a game developed by kebabskal.

You play as wanderer trying to cross the infamous pink river by using a raft that you can extend with other floating objects.

You have to avoid rocks that knock of one block of your raft, mines that knock off four and might be fatal and vicious creature that throw projectiles at you.

You have a health meter that you can replenish when collecting hearts and you can collect pixel crystals.

You can also check out this Let’s Play of the game by Youtuber AniStal Bastion, if you’re more of a watcher.