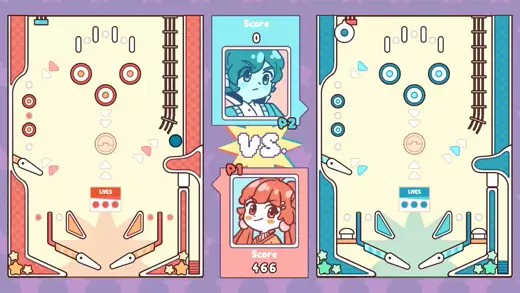 Pinbattle is a 2D arcade pinball game that puts your skills at pinball to the test against another player. The game is available to play in the browser over at its itch page. This game was developed and submitted to Spain Game Devs Jam II.

Play pinball against your enemy in this unique game where you battle to throw the ball into your rival’s board. Shoot the ball up in the sky to transfer it over to your opponent’s board. You can also send the ball into the hole in the center of your screen to activate a random special power and sabotage your opponents chances of survival. With these special powers, turn the lights in your opponent’s board off, cancel his flippers, turn the ball invisible, or increase gravity. Play against the AI, or, If you’re feeling competitive, play against your friends using the same keyboard.