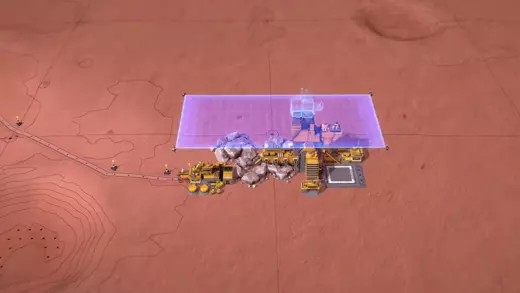 Per Aspera is a top-down planetary scale city builder, which gets a beta demo that you can download over at its Steam page. It’s being developed by Tlön Industries using the Unity engine.

You play as an artificiala consciousness that orbits mars, with a purpose of terraforming the planet, in which you play the game as a city builder, but on the scale of building throughout the whole planet.

Terraform Mars to bring it to the point of being habitable for humanity, as you manage various autonomous drones that work on harvesting and repairing the planet, all the while trying to survive on the planet from sandstorms and other hazardous threats.

Experience a life-like terraforming mission in a hostile environment.
Build huge structures across the entire planet. All of Mars is your playground!
Unravel the twists and turns of mankind’s first missions to Mars in a riveting single-player narrative.
Develop your base and test your theories at your own pace in sandbox mode.
Research new technologies and special projects based on real-to-life science.
Explore real Martian landscapes portrayed in a unique graphical style.