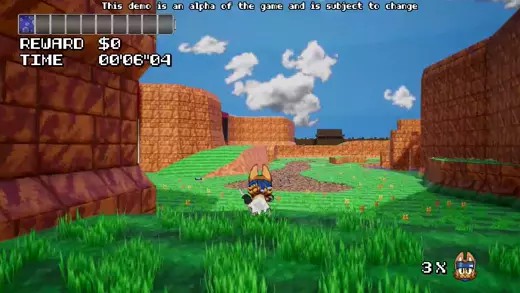 Out-Class Hunter is a fast-paced 3D retro adventure platformer, with an alpha demo you can download over at its itch page, that’s being developed by Astrophobia.

You play as a bounty hunter named Winona, with an objective of taking down a mysterious mercenary that has space station for biome research held hostage, but between you and said mercenary, you’ll have to face off against many deadly robots long the way.

This demo is a short piece of the beginning of the game. It features 3 stages 2 regular stages and 1 boss stage. It also includes a hub exclusive to this demo.

The Full version of the game will feature a much larger hub with secrets to find and areas to unlock. Many more stages and even secret stages to discover!