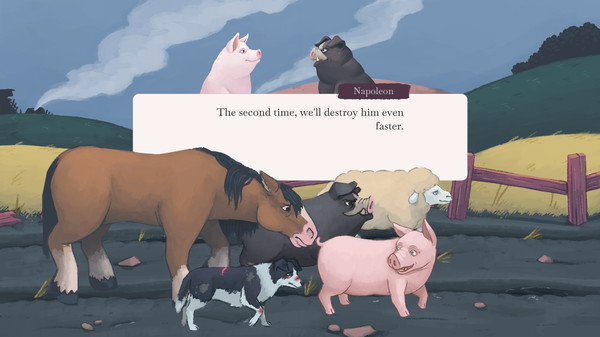 Orwell’s Animal Farm was announced by the creators of Reigns, and with it comes a teaser trailer released for it.

Orwell’s Animal Farm is a narrative game based on George Orwell’s renowned satire of totalitarian regimes. Throw out exploitative farmers. Found a new Republic. Guide its leaders. All animals are equal. You decide which animals are most equal of all.

The game will release on PC via Steam and on mobile devices.