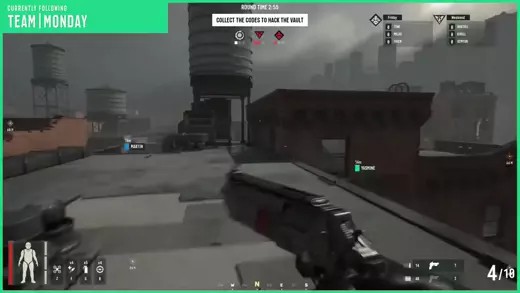 Nine to Five, a first person online multiplayer shooter, developed by Redhill Games, that’s set in the near future.

In Nine to Five, three teams of three players compete against each other over three intense rounds. Each round’s outcome influences how the next one starts, so if you want to complete the ever-changing objectives the corporations set you, you’ll need to constantly adapt your approach.

Sign up for the upcoming alpha test on the game’s website, or by filling up this form directly.