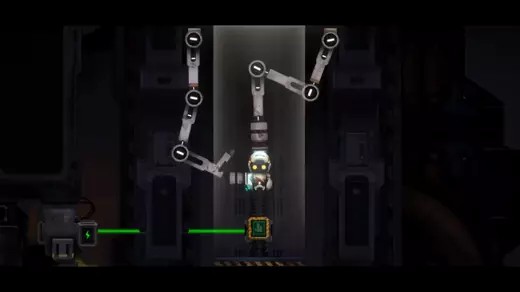 MONOBOT is a physics-based puzzle adventure platformer, which gets an alpha demo that you can download over at its Steam page. It’s being developed by DreamSmith Studio.

You take control of a small robot called Monobot, that’s on a lonely and dangerous journey, trying to solve different types of puzzles that’s, in part, focused around gravity and modularized body parts. There’s also a vehicle that you can steer around with in parts of your playthrough.

After many year of reigning over by the aliens, a small group of hopeless human elites initiated Operation God Creation, a plan to build a sanctuary on a planet deep in the universe to preserve human civilization. All the ones who came to this distant planet went into hibernation after the preliminary construction of the base. Yet after many years a serect force found this remote foundation, and Monobot was awoken by the force. There is no way back, he can only keep going forward even though everything is already in debris…