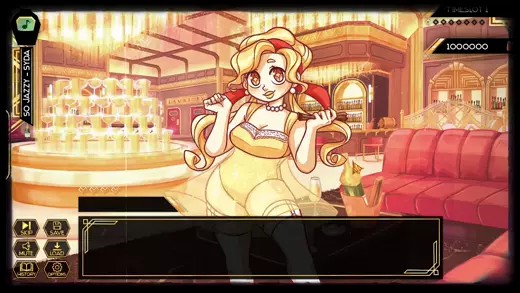 Mixology, a dating simulator and visual novel, is in alpha. There is a demo available to download on it’s Itch page. The game had a Kickstarter campaign which was successfully funded.

One night it was raining heavily and you accidently stumbled upon a club known as the Mixology Hostess Club. It’s now time for drinks and chatting up the hostesses.

Will you go for the sweet girl of the bunch, Syda? Or perhaps the twins, Cher and Ri, who secretly would like to kill one another? There’s also the ice queen, Mari and last but not least, the most popular of them all, the bombshell herself, Olphasia.

Be careful what you say to them as they can kick you out! Chat them up correctly and you can become more than a customer.

Don’t forget to order your drinks! You can choose not to do so and save your money, but you will be labeled as a cheapskate.

After you end a session with your girl, you will have free time to do as you please and random events may occur that result in a loss or gain of corks which are used for gambling.