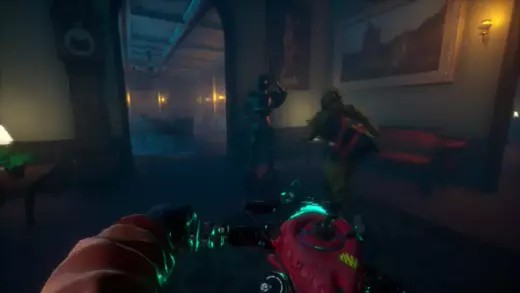 Midnight Ghost Hunt, a first and third person online multiplayer game, developed by Mellowsoft, where you either play as hunter trying to destroy other players who play as ghosts controlling inanimate objects, before midnight hits, at which point the hunters become the hunted.

The tables turn, the Hunters become the Hunted!
They must try to survive the Ghost onslaught until they can escape.