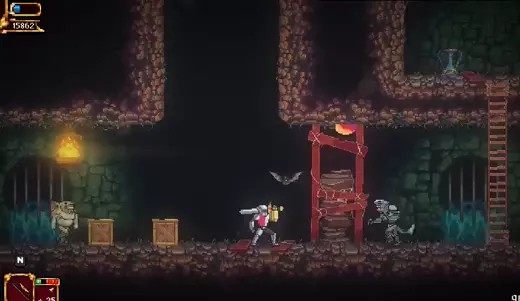 Knight of Exile is a sword-swinging 2D platformer that gets a free prototype (pre-alpha) you can download over at its itch page, a game developed by DonXuglo Games.

Set in the kingdom of Olmur under the rule of king Launan, where you play as Cormac who’s the commander of the royal guard that failed to protect his king, and nearly dies on the hand of the king-slayer Draddon, who used to be a former royal guard.

Lost and wounded, Cormac is bought back to health by a mysterious being that throws him on a mythical island in the outskirts of the kingdom, after three years of exile you seek revenge against Draddon and to free your fellow knights from his clutches.

You can also check out this Let’s Play of the game by youtuber Cryptic Hybrid, if you’re more of a watcher.