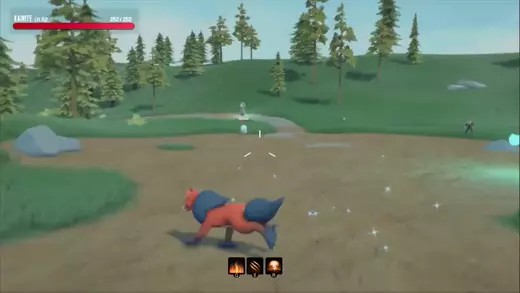 Kindred Fates, a third person action adventure open world RPG, developed by Skymill Studios, that’s up for crowdfunding over at Kickstarter, and have already succeeded in reaching its initial goal.

We can definitely see that the game is taking major reference from the Pokemon series, but making a lot of changes to the mechanics and the general design, from having the game in an open-world setting, real-time combat, controlled evolution, and what seems like free-form exploration and monster mounting with no limits.

These differences is what a lot of players have been wishing for over the years, as made evident by how fast Kindred Fates reached its KS goal, and blasting through its stretch goals (Get ready for breeding!).

For those who back the game, and depending on the tier, you’ll get alpha access to the combat test build of the game in August (Estimate), or the beta version of it when it becomes available in November 2022.

The game is expected to be released in June 2023.