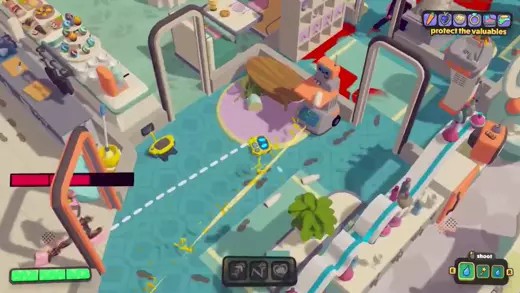 JUSTICE SUCKS: RECHARGED is a top-down stealth action comedy sandbox game, that gets an alpha demo that you can download over at its Steam store page. It’s being developed by Samurai Punk.

Play as a robo-vacuum that’s on a mission to get revenge and kill agents that were responsible for the murder of its family host. Enjoy killing these agents in a sandbox environment, using various types of abilities in a 90s style sandbox type of environment. Don’t forget to suck up the blood of your enemies, since you’re still a vacuum after all.