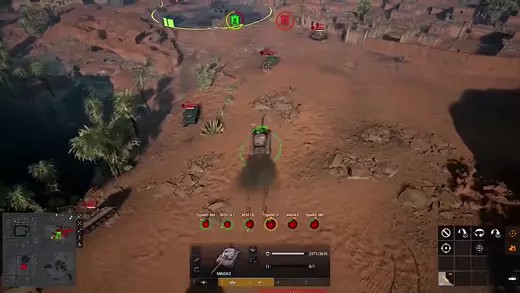 Iron Conflict‘s beta is now live, but you can still sign up for it by filling up its registration form. It’s a top-down real-time strategy war game taking place in World War 2, that’s developed by Angela Game.

In Iron Conflict, you assemble a squad composed of three types of historically-accurate war machines (units) to fight on randomized battlefields supporting up to 10 players on each side. Command a fearsome fighting force with unmatched firepower and put your strategic might to the test in this addictive online strategy and tactics game powered by Unreal Engine 4.

Check out the game’s Steam store page for more information, as it seems like to be releasing as at Early Access title sometime this year.