Note: This interview is from an old website under a different name.

Out Of Bounds’ founder Alexander Birke participated in a recent game jam event called ‘Cyperpunk Game Jam 2.0’ where he went ahead and made an extremely fun to play game called Hover Cabby, where you play as a Cab / Taxi driver controlling a hover taxi where you go from one checkpoint to another, but even with its simple objective it has somehow achieved a level of enjoyment, at least for us, that we had valued its creation above others.

We got the chance to chat with and ask the Alexander: How did you make this game so awesome and what are your plans to make it even more so?

The idea for Hover Cabby was directly inspired by The Fifth Element. I have always been interested in Sci-Fi and I like the wacky “present day in the future” look of that movie. The main thing that motivates me to make games is to create a world the players can immerse themselves in, and a game where you are a cab driver in a futuristic city is something I haven’t seen done before. I always find it fascinating when you take a cab ride and the driver gets you to your destination in time because he knows the layout and the pulse of the city, so I thought that would be a great sensation to base a game around that. When the Cyperpunk Game Jam 2.0 came around I finally had an excuse to try it out.

A game is explored through it’s controls though, so before I could start realizing this world I decided to focus on the feel of the car. It’s actually physics driven, but with a lot of maths on top to make sure it feels responsive to play. I wanted something that felt less like a plane and more like a floating car. It also fits better with the kind of arcady Crazy Taxi gameplay I have in mind for the game. How the camera moves and where it looks turned out to be really important as well. I had to work on that a fair amount so it was easier to judge distances when strafing for example. It did take a while to get all this to feel great so that’s why the game jam version only features a very simple city layout and checkpoint based gameplay. 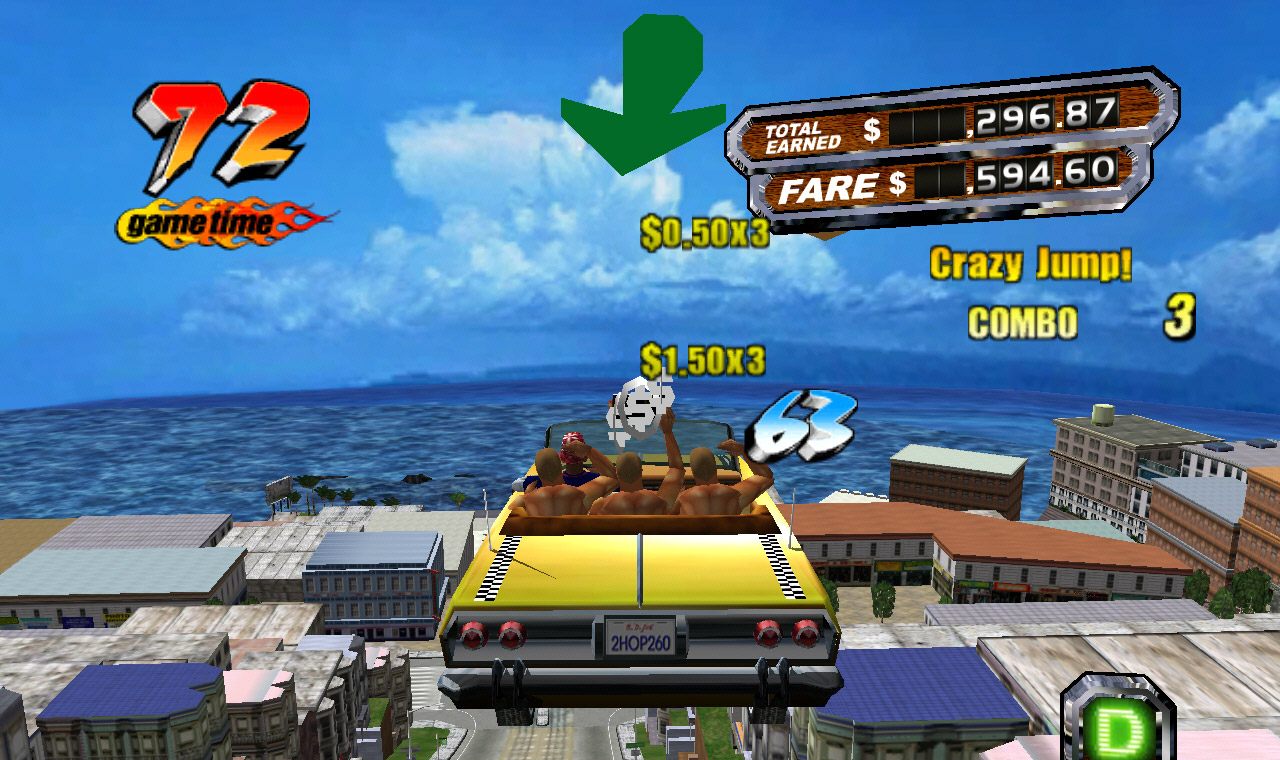 If it turns into a full release it will feature different types of missions inspired by all the tropes surrounding taxis. As you explore the city you will find tourist attractions and you can then pick up tourists and have to show them as many attractions in a given time limit. Sometimes you will also be hailed by a private investigator who jumps in screaming “Follow that car!” and you have to chase it at a certain distance without losing it but not getting spotted in the process. I think there is the potential to do a lot of different gameplay with the central mechanic. 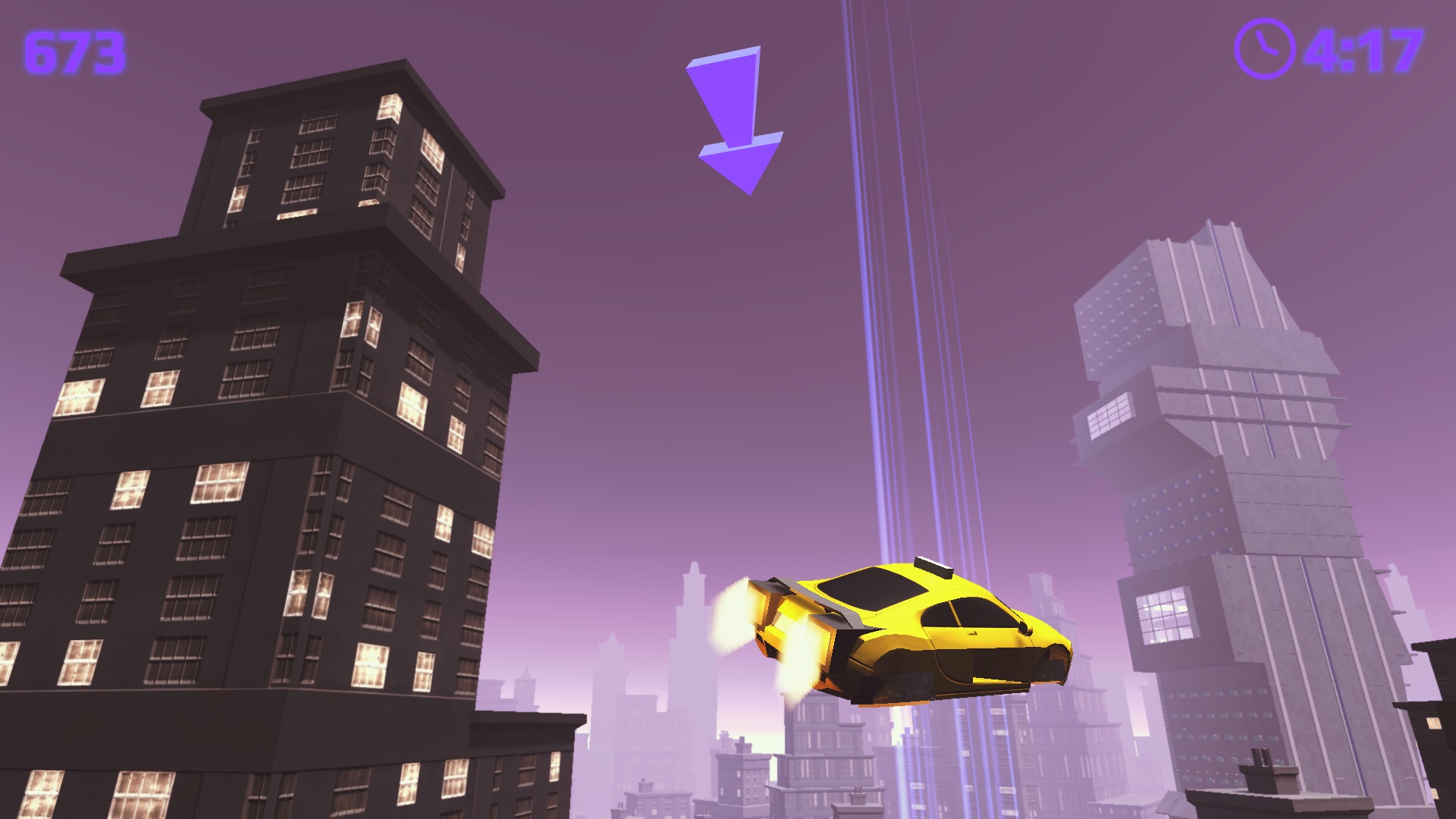 Before I focus on more gameplay though, I will need to do some more research into building the levels efficiently. I learned from the jam version that it takes a lot of time to create a city and I wasn’t even doing any bespoke 3D models for it. The next thing I will focus on will therefore be to develop an editor that quickly lets me map out a city and populating it with buildings. In my newly released game Laser Disco Defenders I use procedural levels so it’s a technique I know the potential off. I want the player to be able to learn the layout of the city so it’s not going to be randomly generated levels in Hover Cabby but I will try and make an approach where the editor is doing a lot of the work for me. The perfect match between designing a space and having algorithms help populating it. I’ll release some more demos along the way to get feedback on the layouts generated this way. If this works out I’ll start to pursue the game for a full commercial release

We then asked the developer to comment on the kind of music we’ll hear in the game, and so he replied:

Ideally the game would feature multiple radio stations the player can switch between. The music I want to start with would be inspired by world music to give the city a busy and multi cultural atmosphere. The Buddha Bar releases are a good example of this. The car radio could also work as a way of finding hidden beacons and signals like it is used in the new Fallout games to further the story and as a way of finding collectibles.