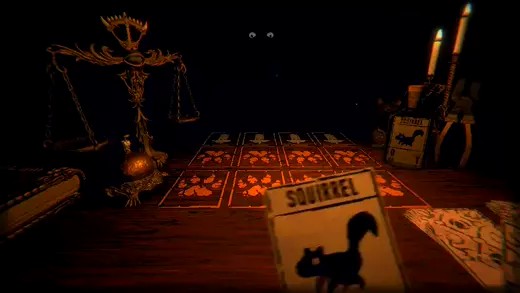 Inscryption, a game developed by the creators of Pony Island and The Hex, Daniel Mullins Games, was announced alongside a reveal trailer.

A psychological horror deck building card battle game, inspired by black odyssey, that looks to have amazing horror aspects to it.

You’ll be building your deck, solve puzzles and uncover the dark secrets of the game, where you’ll be facing a bloody battle that will challenge you to discover all the inscription within the cards in a rogue-like fashion.

The game has a planned released year of 2021, coming to the PC platform via Steam. Check out its website for more information.