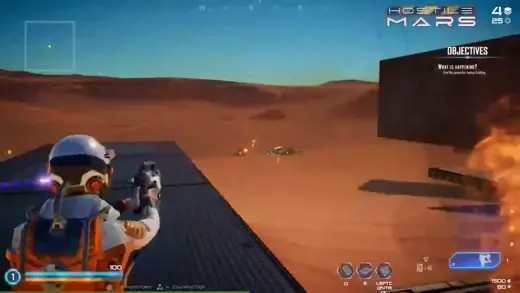 Hostile Mars, a third person shooter automation game, is in beta and the demo is available to download on its Steam page. It’s being developed by Big Rook Games using the Unity engine.

This game is a TPS mixed with tower defense and automation. Upgrade and build a huge defense factory and defend it against the onslaught of robots coming to attack.

Strategically design the layout of your base and place traps, walls, and turrets to defend your home base energy core.

You can harvest resources to help you build new weapons and traps, as well as upgrade everything from the base itself, to the various traps, turrets and weapons. There are so many options!