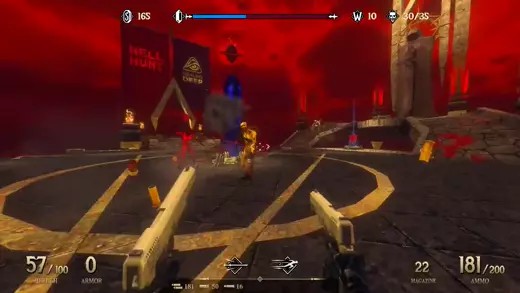 Hell Hunt is an arcade retro styled FPS, with an alpha demo you can download over at its itch page, that’s being developed by T19 Games.

In this game you play as a Demon Hunter who entered Hell in search of revenge, in this first person shooter that’s inspired by 90’s shooters like Quake 1 and Blood.

Upgrade your weapons and use powerful attacks and special movement abilities. But be careful though, with no health regeneration, mistakes can be quite deadly.

If you’re up for a change of gameplay, try the Guardian Mode where you fight to defend the crystal at the center of the map without dying. Defending it against 10 waves of demons, as you upgrade your weapons and abilities between each wave, to win in this gamemode.