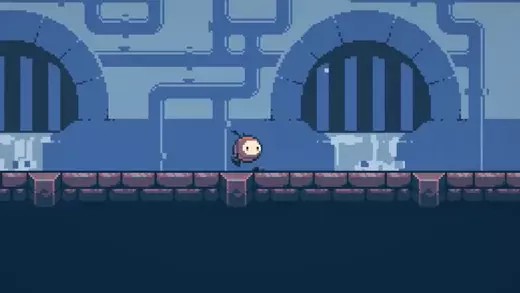 Haiku, The Robot is a 2D side-scrolling action adventure metroidvania platformer, which has an alpha demo you can download over at its itch page, that was released alongside it’s Kickstarter funding campaign. A game that’s being developed by Mister Morris.

You play as a cute little robot named Haiku, where you venture into a world to discover its secrets as you face off against virus-infected machines, all the while enjoying its pixel art style and nice sound track.

As you platform, dash and slash, as well as roll and swing your way through levels with your grappling hook, you’ll encounter a variety of environments, enemies and bosses, with a story that take inspiration from movies like The Matrix, as well as from games like The Legend of Zelda: Breath of the Wild.

If you enjoyed playing the demo, and would like to see it fully developed, then you can help them out over at their Kickstarter funding campaign, which has a funding goal of $29,136. You can also gain access to its future beta release if you back the game at the “Beta-tester” tier.