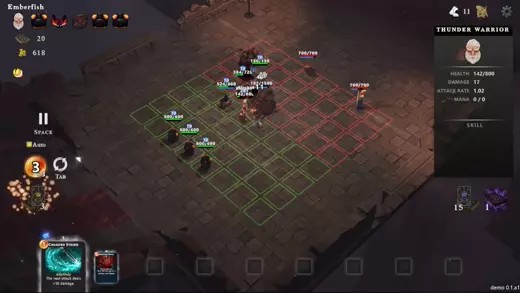 Hadean Tactics has a beta demo you can download over at its Steam store page, as well as a chance to participate in the beta test over at its Discord server.

It’s a strategic deck-building game developed by Emberfish Games, where you play with many different heroes and builds, as you customize your deck and party to purge your way into the underworld.

With very card you play and every move you make, you would need to guide your party to victory.

It has a battle system with semi-real time combat and epic tactics full of magic, swords and unique powers.

Every run is unique in Hadean Tactics as the game has procedurally generated paths and the enemies that get tougher with every level passing.