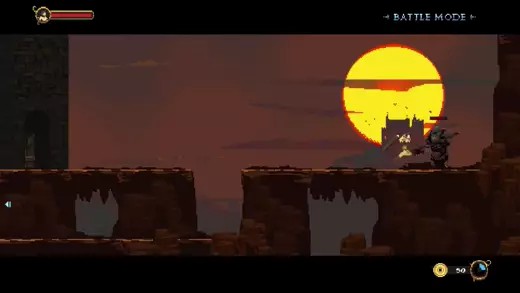 Guild of Darksteel is a story-focused 2D action adventure side-scroller, that gets an alpha demo that you can download over at its Steam store page. It’s being developed by Igor Sandman.

You take control of the Sellsword, an immortal that desires purposes in his eternal life by joining the “Guild of Darksteel”, where you’d become one of them as a mercenary with a mission to investigate whatever mystery the cities of “Ravenrock” holds in its tunnels underneath it.

As you go on your venture, you’ll encounter various enemies that you’ll have to fight against, as well as interacting with the world’s inhabitants, where you’ll read through a deep story that’s inspired by old classics such as Flashback and Vagrant Story.

If you enjoyed playing this beauty of a pixel art game demo, and would like to keep up to date with the game’s development, then make sure to check out and follow the developers’ Twitter account.