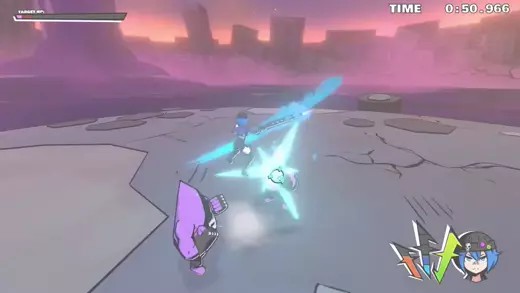 Genokids, a faced paced co-op hack and slash developed by Nukefist using the Unity engine, is in alpha and the demo is available to download on its Kickstarter. The game’s Kickstarter was launched recently and already has around $13,000 pledged out of its $35,401 goal. Depending on which package you choose to donate, you can be eligible for Beta access.

In a city named Las Divas, something was about to happen. An alien invasion was about to begin. Fortunately, the Genokids, a 4 person band of musicians, were having a concert on the same night. They were not pleased a bunch of aliens decided to crash the party and decided to take matters into their own hands.

Play as one of the 4 protagonists, each with their own unique skill sets. Unlock and combine powerful abilities to create the playstyle that suits you in this game inspired by games like Kingdom Hearts and Devil May Cry.

Play alone or have 3 friends join you in 4 player splitscreen and follow the story of these hilarious characters.